Dr. Fredric Milder brings to SolarLogic extensive start-up experience and an impressive track record of execution, founding two companies in the medical device industry prior to his joining Bristol and Boaz in SolarLogic.  Dr. Milder founded and served as CEO of the medical device company, Implemed, Inc. from its inception in 1991 through 2000.  In addition, he founded  and was the technical expertise behind CryoCath Technologies, Inc. in 1995, which later went public in 2000, and was bought in 2008 by Medtronic, Inc. in a friendly takeover.  Dr. Milder served on CryoCath’s Board of Directors and advised the company in the areas of science, technology, and intellectual property from inception until the buyout.

Over the years Fred has served as a researcher/consultant in many different arenas including: wear testing, materials property enhancements through ion implantation and directed energy, CT scanners, teleradiology, the artificial heart, in vivo non-invasive body lead measurement, antimicrobial materials for implanted devices, and catheter-based cryoablation for arrhythmia management.

From 2000 to 2005, in addition to working as a consultant, Dr. Milder was an Assistant Professor of Physics and Mathematics at the Wentworth Institute of Technology in Boston, MA, and developed science and mathematics courses for distance learning via the web for Harcourt Higher Education (now part of Thompson Publishing).

Fred holds a B.A. in Physics from the Massachusetts Institute of Technology and a M.A. and Ph.D. in Nuclear Physics from the University of Michigan.  Dr. Milder currently lives in Santa Fe in an off-grid house powered by photovoltaics and a solar hydronic heating system. 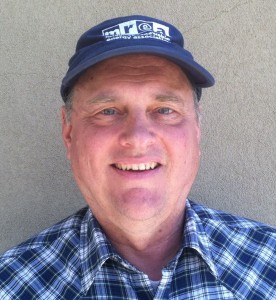 With over 30 years of experience in solar heating systems, Bristol Stickney is a well known authority on solar hydronic heating solutions.  Bristol worked with the New Mexico Solar Energy Association over a 17-year period as Staff Engineer, Director of Research, Associate Director, Treasurer and Vice Chairman of the Board.  During his tenure at NMSEA, he developed unique control system concepts that optimize the design of solar heating systems.  These innovations subsequently led to the designs implemented and installed by Cedar Mountain Solar, a company he co-founded with Boaz Soifer in 2004.  While at Cedar Mountain Solar, Bristol also optimized a methodology for designing solar hydronic systems and this approach is the platform upon which SolarLogic’s SLASH-D process is based.

Prior to founding Cedar Mountain Solar and SolarLogic, Bristol was Chief Engineer of Coyne Solar Manufacturing Company for 5 years, where he designed and oversaw assembly of approximately 600 batch solar water heaters, many of which are still in use.  Bristol also worked as a Research Associate with Amory Lovins at the E-source office of the Rocky Mountain Institute.

Bristol Stickney has a B.S. in Mechanical Engineering from the University of Maine at Orono.  Bristol also holds a patent on a DC hydronic heating control, called the “SETH System,” that reduces the electrical demand of a hydronic heating system by up to 80%.

Bristol writes a monthly column on “The 6 Principles of Good Solar Hydronic Heating System Designî” which is published in national magazines such as Plumbing and Heating Contractor and Plumbing Engineer.  Numerous designs by Bristol have been nominated for the Radiant Panel Association’s “System Showcase Awards” and featured in Santa Fe’s Haciendas Parade of Homes and various plumbing and mechanical magazines. 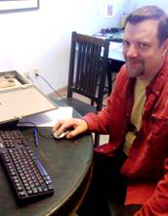 Nick Bender has been writing software since 1978 when he picked up his brother’s PL/I textbook and was hooked.  He received his BS in Computer Science from West Virginia University in 1986 and spent the next several years working in the artificial intelligence field for Martin Marietta in Denver, Colorado and Digital Equipment in Marlboro, Massachusetts. In 1988, he joined Batterymarch Financial Management where he spent the next 20 years developing and supporting systems used to manage billion dollar investment portfolios. In 2008, Nick became an independent consultant and in 2009, realized a long-term dream by relocating to the Taos Ski Valley where he continues to work on financial systems in addition to contributing to SolarLogic.

Nick is a Chartered Financial Analyst (CFA), a Certified Information System Auditor (CISA), a member of USENIX and an active supporter of the OpenBSD project. When he’s not working on systems or hanging out with his cats, you can find him hiking, biking and skiing above 10,000 feet.

Claudia joined the SolarLogic team in 2012 as the SolarLogic Integrated Controller (SLIC) Generation II was launched. Claudia has a B.A. in History from Tufts University, graduating magna cum laude. She started her marketing career in 1993 and in 1995 started her own marketing and design business. For the next 10 years Claudia consulted with small businesses on marketing strategy and implementation. Prior to working with SolarLogic, Claudia spent four years in sales and marketing for Positive Energy, one of  New Mexico’s largest solar energy design and installation company. During her tenure and under her guidance as the Sales and Marketing Manager, Positive Energy grew from under $1 million in sales to over $9 million. Staff grew from seven employees to over 50 and the number of offices doubled to four including New Mexico’s three largest cities.

Claudia is a pioneering marketing and sales professional specializing in the solar PV and solar thermal fields.  She consults daily with installers and building professionals on increasing their profits while enhancing the quality, capabilities and efficiency of renewable energy heating systems. She is also a SolarLogic trainer and presenter. Claudia continues to develop sales tools and materials for installers and other building professionals so that they can present the benefits of solar thermal to potential clients in a compelling way. These free tools are available on the SolarLogic website. 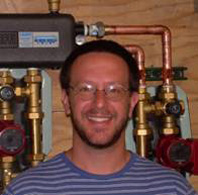 Boaz Soifer founded SolarLogic, LLC in 2008 with Bristol Stickney and Fred Milder.  Boaz is currently the Marketing and Sales Director of Focused Energy, a photovoltaic components distributor in Santa Fe.  Previous to Focused Energy, Boaz founded and served as Managing Director of Cedar Mountain Solar and managed sales and service for the Solar Water Heating Division of Dankoff Solar Products.

In addition to his work in the solar industry Boaz is committed to sustainability throughout the community.  He served as the Project Manager for Local Energy, a Santa Fe organization dedicated to achieving community energy self-reliance, and as the Coordinator for the Perfect Circles Project of the KiDo Institute, an institution committed to developing technologies and industry for community food self-reliance.